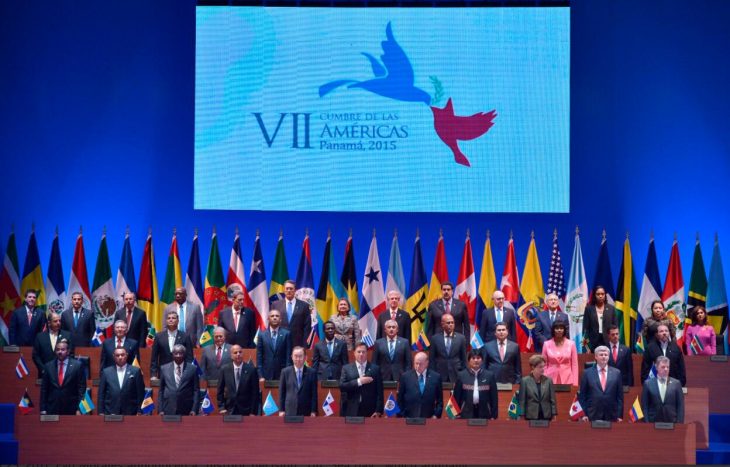 Historically, Bolivian foreign policy has been largely dominated by the drive to regain sea access to the Pacific. This has increased under Evo Morales. To date, the government has invested a remarkable amount of political power and financial resources in this matter. Worth mentioning here is the indictment against Chile in The Hague and the accompanying international media campaign, which affects Bolivian-Chilean relations not only diplomatically but also economically.

Although the first partial success was achieved with the admission of the lawsuit, the decision of the International Court of Justice was ultimately negative: “Chile does not have to negotiate!”

On March 23, 2011, Evo Morales announced a “historic decision”. On “Sea Day”, which annually commemorates the sea access that was lost in the so-called “Pacific War” (1879-83; in German: Saltpeter War), the Bolivian President announced that he would go to the International Court of Justice in The Hague to regain access to the sea. More precisely: With the help of the Court of Justice, Bolivia wanted to oblige the Chilean side to negotiate “sovereign access to the Pacific”, ie the cession of Chilean territory; a requirement that many observers have always regarded as unrealistic.

With the clear decision of 12: 3 votes, The Hague made a clear decision and Evo Morales suffered a clear defeat. Morales had recently hoped for a tailwind from a positive judgment for the election campaign for the presidential elections in October 2019. This means that the topic of access to the sea – a long-running issue in Bolivian domestic politics when it came to distracting attention from one’s own problems – should have disappeared from public discussion for the foreseeable future. And thus also the possibility of negotiating a 99-year lease for your own port or some other compromise with Chile.

Another focus of Bolivian foreign policy during the first two terms of office was the spread of the so-called “original philosophies”, ie a construct of traditional views of life, the world, morals and nature. The core is the concept of ” Vivir Bien ” (roughly translated as “Gut Leben” in German) as a new development paradigm. In addition to economic development in harmony with nature, it also includes respect for the rights of Mother Earth and the pursuit of peace, food sovereignty and the recognition of indigenous rights.

At international forums, especially at the annual climate conferences of the United Nations, Evo Morales never tired of proclaiming the principle of the “good life” and denouncing “neoliberal capitalism”. But over time the gap between the international Mother Earth discourse and the environmentally destructive development policy of the MAS government became increasingly clear. In the third term of office “Vivir Bien” and “Madre Tierra” (Mother Earth) no longer played a role.

A third aspect is the ending of the “demonization of the coca leaf”. Through its “Coca si, drogas no” policy (yes to coca leaf, no to drugs), Morales tried to achieve international recognition of coca leaf as a medicine and as a raw material for various products such as soap, drinks and toothpaste. However, this policy has not yet achieved any noteworthy success. The US criticism of this new Bolivian drug policy has always been sharply rejected.

In the meantime, the cultivation areas in the main cultivation areas – Chapare, Yungas of La Paz and Apolo – have been further expanded and the value chain has been relocated to the country: While coca paste was previously exported as a raw material for cocaine production, cocaine is now largely produced in the country itself. For example, in June 2019, reports from the drug police came in publicly, according to which around 30 small planes from the Beni Department alone leave the country illegally, each with up to 500 kg of drugs on board. There is no official data, but drug trafficking is apparently another important industry besides natural gas, mining and agriculture. Drug use and drug crime have also increased significantly in the country; Santa Cruz is particularly affected here.

As countries located in South America according to sunglasseswill, Bolivia, Ecuador, Colombia, Venezuela and Peru have made a fresh attempt to integrate their countries more closely economically and politically into the Andean Community. On October 19, 2010, Bolivia signed a contract with Peru that gives Bolivia easier access to the Pacific. The Boliviamar free trade zone and a port facility are to be built there in a 5 km long strip. Relations with other regional alliances – such as Mercosur – should also be intensified. The state has been an associate member since 1997 and applied for full membership in 2013. The Andean country’s entry into the internal market now has to be approved by Argentina, Brazil and Paraguay; a decision is still pending.

In addition, Bolivia has committed itself to the creation of a community of South American nations, which was born on December 8, 2004 in Cusco. It now consists of 12 nations and operates under the abbreviation UNASUR (Unión de Naciones Suramericanas); it sees itself as a Latin American initiative of its own compared to the Latin American free trade zone ALCA, which was launched by the USA. Bolivia has now withdrawn from this initiative.