Since the National Revolution in 1952, there have been two major changes in Bolivian economic policy.

The change of government from Siles Zuazo to Victor Paz Estenssoro in 1985 was accompanied by a fundamental change in the economic structure. The “New Economic Policy” (Nueva Política Económica, NPE), introduced with Presidential Decree 21060, included turning away from the state capitalist path of development and turning to a neoliberal development model. The basic elements of this policy were:

This policy initially successfully ended hyperinflation and led to a stable macroeconomic situation, but in the medium term also to higher unemployment and thus dissatisfaction among the population. The economic development during this period (about 1996 to 2005) averaged 3.3% annually.

The second decisive moment is the assumption of office of Evo Morales at the head of the MAS (Movimiento al Socialismo – Movement towards Socialism) in January 2006 with the promise to build a communitarian and socialist economic model.

Contrary to many pessimistic forecasts, the macroeconomic indicators even improved under the new Morales government. The government has been pursuing a state-controlled economic policy since 2006, which is characterized by the nationalization of natural resources, above all natural gas and oil, state investment and revenue redistribution, the introduction of import duties and subsidies on fuels and price regulations on food. The state’s share of the economy grew steadily in the period 2006-2014, especially with the nationalization of YPFB, the country’s largest energy company, as well as other important companies such as Telekom (ENTEL) and the establishment of the airline BoA (Boliviana de Aviación). Parts of the electricity supply (END) and the water supply were also nationalized. This policy initially had a beneficial effect on the economic situation. 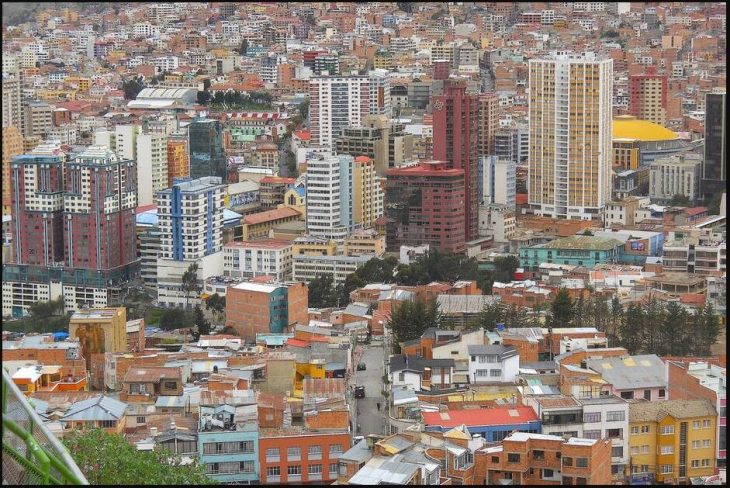 The quinoa boom of recent years has now peaked and shows the downsides of a development that is extremely geared to external demand. After the cultivation and marketing of quinoa outside of some regions of the highlands – and also there mostly for personal use – was a marginal phenomenon until about 10 years ago, prices rose to astronomical heights in response to the skyrocketing demand in the north. Quinoa was grown by more and more farmers in more and more regions of the Bolivian highlands. At the instigation of Evo Morales, the United Nations even declared on February 20, 2013 the ” International Year of Quinoa””. Well over 100,000 smallholders generated additional income with the cultivation of quinoa. Production rose from traditionally around 3,000 t to 36,000 t in 2010 and 63,000 t in 2013, before reaching a high of 75,500 t in 2015 For 2017, production had fallen by around 10% to 67,000 t.

However, this also had consequences for the environment, as this rapid increase could not be achieved using traditional methods alone. More and more marginal soils were used, ie deprived of the natural vegetation cover and exposed to wind erosion. At the same time, quinoa began to be grown in other countries and competed with Bolivian quinoa. In neighboring Peru, for example, large areas on the Pacific coast were cultivated industrially in order to meet international demand. This led to a sharp fall in prices in the last two years, exacerbated by the El Niño-induced drought. With that, the boom came to an abrupt end and the ecological and social consequences remain in Bolivia, a country located in South America according to remzfamily.

The contribution of coca leaf production to agricultural production is also important. Almost 40,000 people are employed in coca cultivation, mainly in the Yungas and Chapare regions. Since most of the coca produced is not intended for traditional use, but serves as a raw material for the production of cocaine, there are no reliable data on the quantities produced and the income generated.

Given the global development of food prices, supply and demand, the Bolivian government is concerned about the food security of the population. Although Bolivia mainly produces primary products, it is unable to produce some products for itself. Examples are potatoes and rice, which the country produces but still has to import. A detailed discussion of the connection between food security and agriculture can be found in a current publication by the “Fundación Tierra” foundation.

Organically produced food is still a niche product, but is enjoying increasing popularity, especially in large cities. The El Ceibo farmers’ cooperative from the Alto Beni region in the Bolivian lowlands, for example, has made a name for itself with the production of cocoa and chocolate and has its own small sales network in La Paz and El Alto. Combined agro-forestry cultivation systems have been operated by the Ecotop Foundation for several years and are being distributed in training courses.

Another branch of the economy that has gradually gained a certain importance is tourism – even if the number of visitors is far behind those of Peru. For example, the government is promoting the concept of “tourism on a communitarian basis”. Here the visitors, mostly indigenous communities, should become actors in tourism themselves. Benjamin Beutler provides a brief overview of the most successful and visible projects to date at the Salar de Uyuni, at the Madidi National Park in the Amazonian lowlands and at Lake Titicaca in an article on Bolivia at the International Tourism Exchange in Berlin.