Despite its size and low population density, as well as poor industrial development, the country’s environmental problems are considerable. The main reasons for this are the inadequate use of sensitive ecosystems by people and the lack of enforcement of existing environmental laws. Perhaps the most serious is deforestation, to which, according to various reports, between 200,000 and 350,000 hectares of natural forest have fallen victim each year over the past few decades. This puts Bolivia at the fore in the international context. Various studies rank Bolivia as one of the 12 countries worldwide that are threatened by acute deforestation.

Current figures from the Oslo Tropical Forest Forum 2018 for the period 2015-17 show that the annual rate of deforestation has doubled to currently 463,000 hectares. This is almost the same as the area of Lake Constance. This puts Bolivia in 5th place worldwide in absolute terms. If the per capita data is used as a basis, the country with 11 million residents is even world champion and thus also makes a not insignificant contribution to climate change. In addition to the settlement by small farmers from other parts of the country, the reasons are cattle breeding and soybean cultivation on large-scale lands in the lowlands. Deforestation also causes other ecological problems, such as flooding, soil degradation and loss of biodiversity.

The forest fires in the Bolivian lowlands 2019

In the dry season of 2019 – between July and October – fires in the Bolivian lowlands destroyed between 5 and 6 million hectares. Never before has such a large area been destroyed in a year by – mostly deliberately set fires. The annual deforestation rates in the past are estimated at 250,000 to 350,000 ha.

With the forests and grasslands falling victim to the flames, not only is all of the vegetation lost and vast amounts of carbon dioxide released into the atmosphere, it is also burning and suffocating millions of living things. Thousands of native lowland dwellers are losing their livelihoods and habitat.

Evo Morales’ government met all of this primarily with inaction. Nothing at all happened for three weeks, after which a fire-fighting flight, staged as a “super tanker”, was ordered from the USA. With a maximum of four missions a day, given the thousands of sources of fire in Santa Cruz, Beni and Pando, hardly more than a drop in the ocean. The Chiquitanía is hardest hit.

While a final balance sheet of the devastation is still pending, the cause of the unusually extensive forest and grassland fires is quite easy to determine: At the beginning of July this year, the government of Evo Morales had practically lifted the existing restrictions on clearing in the lowlands by decree, the disorderly settlement of Encouraged colonization farmers and signed export agreements with China to deliver thousands of cattle. In addition, the year 2019 – as in 1998, 2005 and 2010 – was very dry in the entire Amazon region. A good summary of the reasons the expert for the Amazon forest Tim Killeen provides in his article ” Why is the Amazon in flames?”.

Another ecological problem is soil and water pollution from agriculture and animal husbandry. In some cases, pesticides are used which are banned in developed countries. These pesticides end up in the many large and small rivers, which are used in many places for drinking water. The use and application of chemical manure is also a problem. The problem of drainage is exacerbated by the fact that, due to increasing animal husbandry, there are more and more animals that make the soil more compact by stepping, so that the water does not seep into the soil, but simply flows off.

Finally, it should also be said that industry, in particular the extraction of minerals and natural gas, contributes to environmental pollution. For example, the mining industry uses various chemicals to extract and process minerals that are harmful to soil and water. Often existing regulations for the protection of people and the environment are not complied with. In Bolivia, a country located in South America according to threergroup, the protection of resources is therefore by no means just about protecting natural wealth. Rather, it is directly about the life and future survival of the population that is directly affected by these and many other environmental problems. The Ministry of Environment and Water (MMAyA) and the National Environmental Information System SNIA provide information on the environmental situation, policy and projects.

A number of measures have been taken in Bolivia to preserve biodiversity. Protected areas of various categories have been established in the last 20 years: national parks, nature areas with integrated management and reserves to protect flora and fauna. Initiatives by the indigenous population are also included, such as the establishment of the Kaa-Iya National Park in the east of the country. Here, the protected area for biodiversity is also the recognized territory of the indigenous Isoceño Guaraní group living there. The website of the National Protection Area Administration (SERNAP) provides information about the 22 protected areas of national importance.

In the meantime, however, the national protected areas are also coming under increasing pressure. For example, a few years ago the government allowed the search for and extraction of oil and natural gas in national parks and is systematically advancing the planning for a main road through the TIPNIS (national park and indigenous territory alike) despite persistent opposition. This would mean the destruction of one of the last large contiguous jungle areas in the Bolivian Amazon lowlands.

Another controversially discussed major project by the government of Evo Morales is the construction of two mega dams in the northern Amazon lowlands near the tourist resort of Rurrenabaque. Among other things, the construction of the two reservoirs of El Bala and Chepete would flood parts of the Madidi and Pilón Lajas national parks. The impact on fauna, flora and the indigenous people living throughout the region would be catastrophic.

In addition, the myth of “climate-friendly electricity generation through hydropower” in Amazonia has now been comprehensively refuted. Because not only the clearing and flooding of large areas of primeval forest ensures the release of huge amounts of the greenhouse gas methane, which has a strong climate impact, but also normal operation. Hydropower plants in the tropical lowlands range between coal and gas power plants in terms of their harmfulness to the climate. Almost all of the electricity generated by the two dams would be sold to Brazil, which is why critics rightly point out that only economic interests are taken into account here. 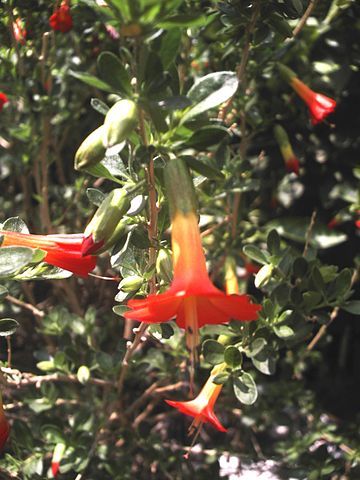