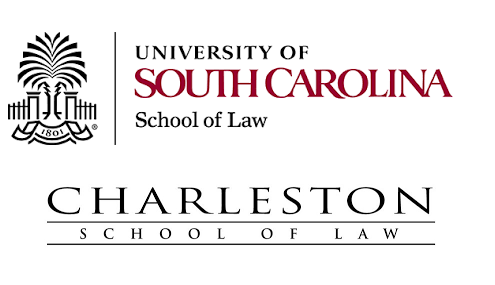 South Carolina borders the states of North Carolina to the north and Georgia to the south. In the east, the coast of South Carolina is washed by the waters of the Atlantic Ocean.

South Carolina has four major physiographic regions: the Blue Ridge Mountains in the northwest, the Piedmont Plateau and the Sandhills in the central part of the state, and the coastal lowlands in the east.

Located in the far northwest of South Carolina, the Blue Ridge Range is part of the Appalachian mountain range. It is here, on the border with North Carolina, that the highest point of the state is located – Mount Sassafras (1,086 meters above sea level). The mountain slopes are covered with dense forests, mainly various types of oak and pine grow here.

Although the mountains occupy a very small part of South Carolina, they attract many tourists, especially the reserves (state parks) Table Rock, Caesars Head and the Cherokee Foothills scenic highway. Flowing on the border with Georgia, the Chattooga River is very popular with rafting enthusiasts.

The Blue Ridge foothills to the east merge into the Piedmont Plateau. This is a hilly and rocky plateau with clay soils, most of which is also covered with forests, mostly mixed (different types of oak and pine, hickory, walnut, maple, beech, ash). The plateau contains several protected areas that form the Sumter National Forest.

A pronounced escarpment known as the “fall line” separates Piedmont from the Sandhills. Once there was a coastline, and now the sand dunes are overgrown with pine forests. The region’s unique ecosystem is preserved in the Carolina Sandhills National Preserve.