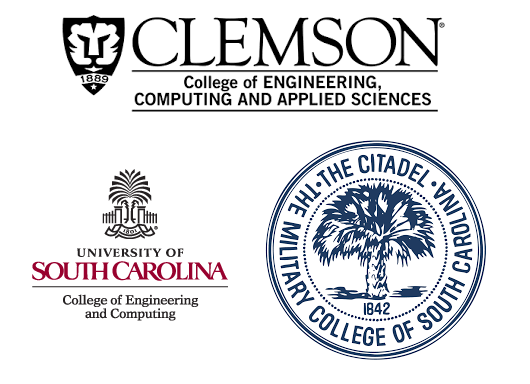 From the Atlantic coast to the Appalachians, over the centuries, more than two dozen Indian peoples have lived in the territory of the modern state of South Carolina, including the Catoba, Kongari, Cusabo, Pee-di, Santee, Wateri, Cherokee, Chikwola, Yamasee and others.

The first Europeans to set foot on the lands of South Carolina were the Spaniards, already in the twenties of the 16th century, just forty years after Columbus, an expedition led by Lucas de Eilon explored the coast of the state. In 1526, he landed with more than six hundred settlers in the area of ​​present-day Georgetown, but the site was deemed unsuitable for founding a colony. It is not known for certain which direction the de Eilon colonists went (the most common versions are north to modern Virginia or, most likely, south to Georgia), but the settlement of San Miguel de Gualdeip he founded became the first European settlement in North America (although this colony lasted only about three months).

Following the Spaniards, the French appeared in South Carolina; in 1562, Captain Jean Ribot founded a small fortified village of Charlesfort on Parris Island, which lasted less than a year. In 1566, the Spanish settlement of Santa Elena was built on the same site, which until 1587 was the “capital” of the Spanish colonies in the region. The location of Charlesfort and Santa Elena today has the status of a US National Historic Landmark.

Despite the fact that King Charles I of England back in 1629 issued a patent to the well-known politician and Attorney General of England Robert Heath for the creation of a colony located south of Virginia and north of Florida, which at that time belonged to the Spaniards, the practical development of South Carolina by the British began only in the second half of the 17th century. century. In 1663, King Charles II allowed eight of his courtiers, who had supported him during the Restoration, to create a new colony in America, which received the name “Caroline”. The owners of the colony, known as the “Lords Proprietors”, were Edward Hyde, Earl of Clarendon; George Monck, Duke of Albermarle; William Craven, Earl of Craven John Berkeley, Baron Berkeley-Stratton; his brother William Berkeley; Anthony Ashley-Cooper, Earl of Shaftesbury; Baronet George Carteret and John Colleton.