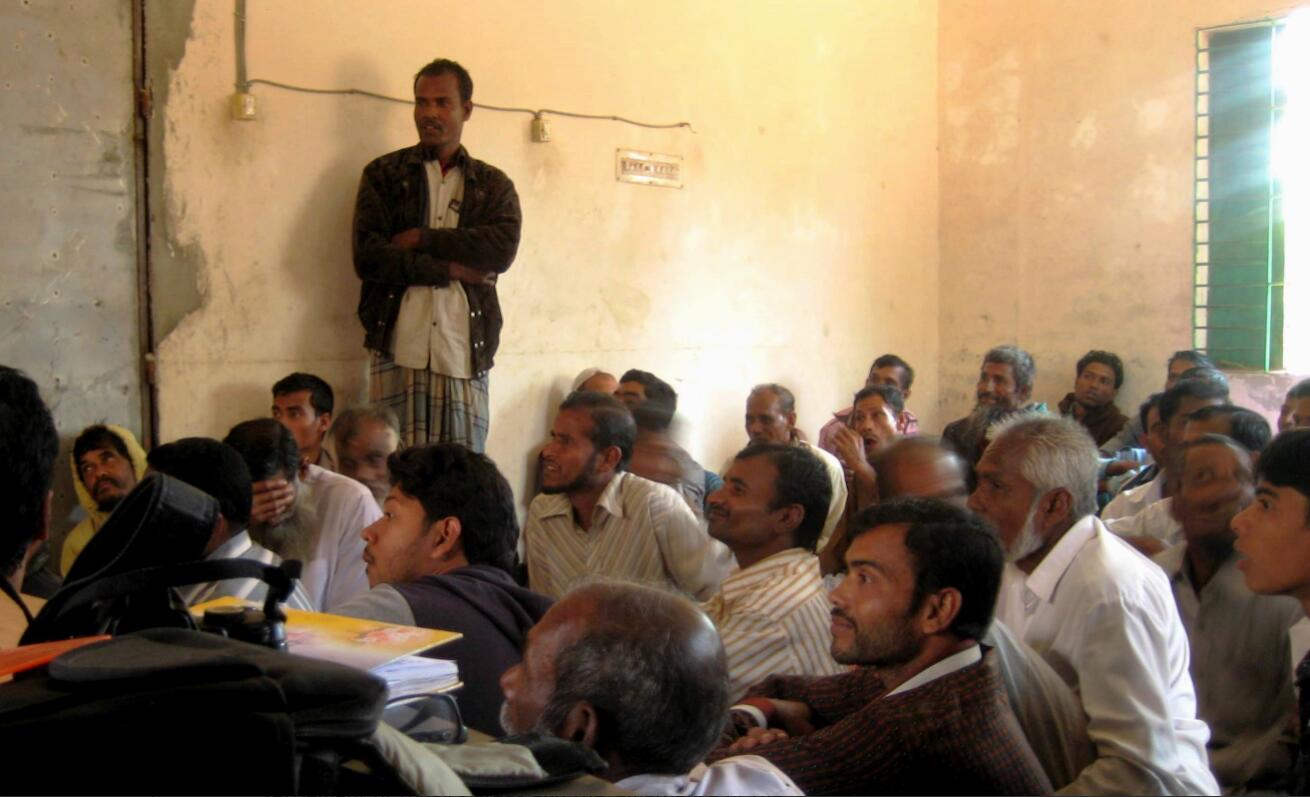 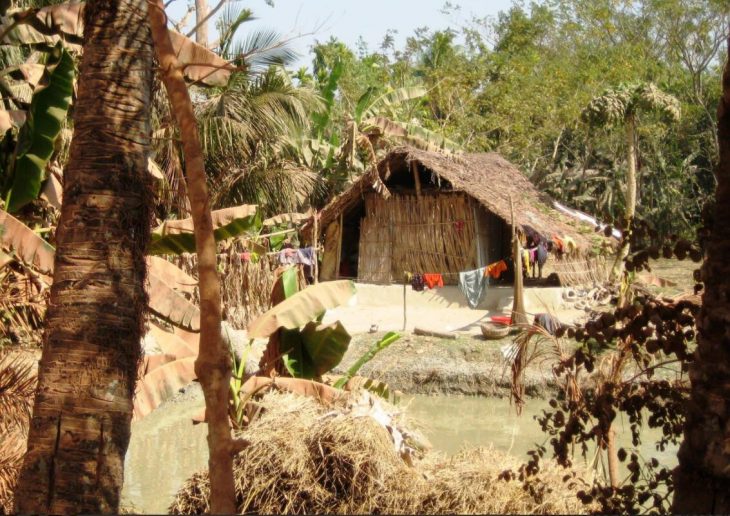 The rural life in Bangladesh is for very few idyllic

The population that is resident in Bangladesh today is made up of different ethnic groups. The largest group are the Bengali. When speaking of the ‘Bengali’ as a group in general, someone is meant whose linguistic, family, or genetic and cultural background lies in the Bengal region. This region is now divided into different countries – Bangladesh and some Indian areas bordering Bangladesh, especially the state of West Bengal.

Farm workers, farmers and tenants advise on measures to counteract the salinisation of the soil 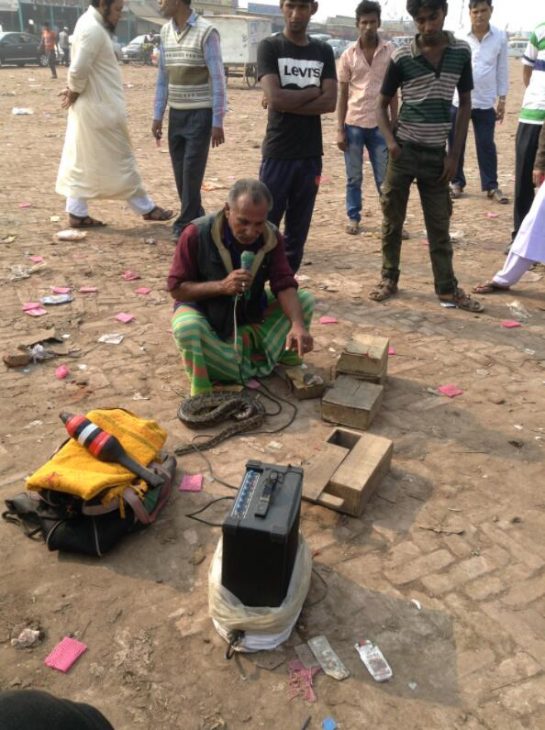 A Bede exercises one of the stereotypical professions for this population group, the snake conjuring

Bengalis are predominantly active in agriculture and a majority of these have too little land for pure subsistence agriculture to be possible for their survival. Most of them work in parallel as wage workers in the area or move temporarily to other areas as seasonal workers. Historically grown economic dependencies determine the relationships, especially among the residents of rural areas. Job opportunities, land, loans, credits, fertilizers or other resources are mostly informally controlled and allocated by the local elite. Prices for essential goods in agriculture, interest and especially wages are often determined individually. This is a factor that contributes to high levels of poverty in the rural population.

Most of the ethnic minorities currently live in separate settlements from the majority population. The largest group are the so-called Biharis. They came to East Pakistan during the partition of British India in the course of independence from Great Britain because they too are Muslims. Its name comes from what is now the Indian state of Bihar. In their new environment, dominated by Bengal at that time, a large part of the Biharis saw their own interests threatened by a possible separation from what was then West Pakistan. For this reason, they agitated against the freedom movement in East Pakistan, which however successfully resulted in the establishment of independent Bangladesh. This factor, among other things, contributes to the fact that they are met with mistrust even today. The total of about 300. 000 Biharis in and around Dhaka live in temporary accommodation. They are considered to be outsiders to one Waiting for resettlement to Pakistan.

Women of the Santals minority

The other minorities are groups of the so-called indigenous population. They are particularly resident in the Chittagong Hill Tracts, Sylhet, Rajshahi and Mymensingh. The largest of these groups are the Chakma, who have their own language and cultivate separate cultural practices. They are mostly of Buddhist belief. The Santals are another group. They too have their own language and culture. Some Santals have their own religious beliefs or have become Christians. Other minorities are, for example, Mro, Khasi, Marma, Jaintia or Garo. They all have in common that life in the ethnically, linguistically and religiously predominantly homogeneous Bangladesh, under these socio-economic circumstances, leads to conflicts even for the majority population. Every year, many reports of land disputes reach the Bangladeshi media because of unresolved or not recorded, but sometimes centuries-old land ownership. The clashes are usually attacks by Bengali on settlements or individual houses of the respective minority. Such conflicts sometimes ended in Loss of land and homelessness for those affected by the attack. In the Chittagong Hill Tracts, such a conflict has developed into a liberation struggle of the ethnic minorities against Bengali settlers. In 1997 a peace treaty was signed, but it is often violated, mostly by residents of Bengali.