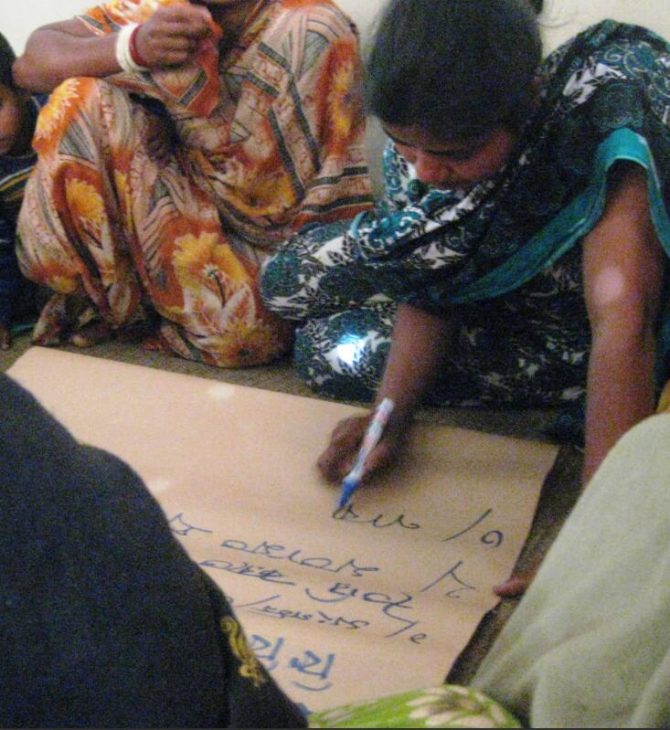 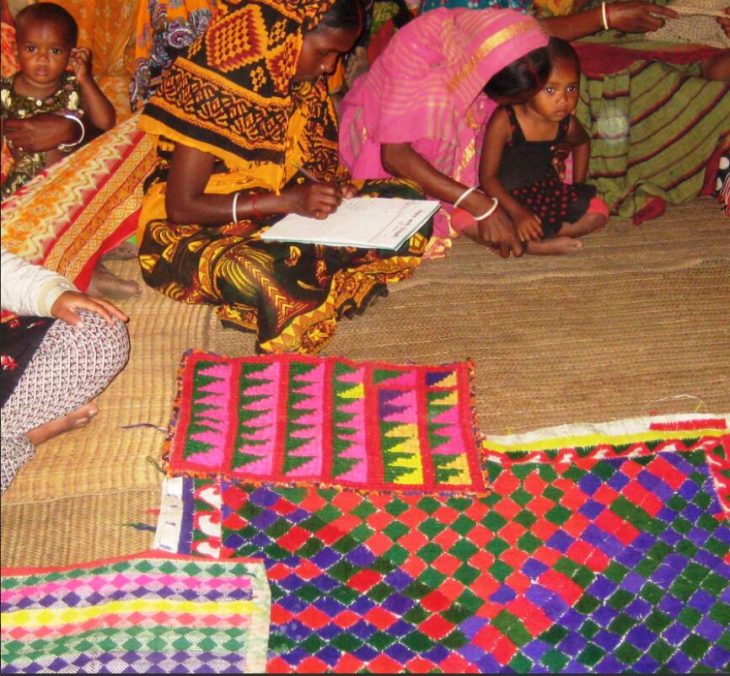 Members of an organization of Santal women discuss ideas for diversifying their income opportunities.

Looking at the changes in Bangladesh since 1971 on the basis of a relatively simple definition of ‘ development ‘, which rather describes a ‘modernization’ in various areas, it is noticeable that the Bangladeshi governments of the past, but also the current ones, often the formulated goals more multilateral Forums and organizations, such as those of the United Nations, took over and integrated them into domestic policy objectives. The positive tendencies of the Bangladeshi development mentioned in the section “Economic indicators, analyzes and statistics” are based on this, among other things. The Bangladeshi governments have made the country compatible for international cooperation,Non-governmental organizations (abbr.: NGO) tolerated and foreign financial ‘development’ funding accepted in many areas, sometimes to a considerable extent. One of the largest indigenous non-governmental organizations, the Bangladesh Rehabilitation Assistance Committee(Abbr.: BRAC), has been active in most areas since the country gained independence. BRAC worked with the Government of Bangladesh to implement the anti-tuberculosis vaccination program. If necessary, BRAC has also created a customer structure for rural producers with a lack of demand, for example milk factories, seed breeding stations, clinics and other facilities. In addition, the strengthening of women in Bangladesh over the past few decades has played a key role in the positive trends mentioned. Women and girls have better access to medical care, education, and greater autonomy through birth control options. Birth control was free in the 1970’s and was distributed by government officials for a while. As a result, the number of children born per woman fell from 6.3 in 1975 to 2.3 in 2000. This development has stagnated for several years or the number of children per woman has increased slightly again. In addition, the income opportunities that can also be used by women have increased. In addition to microfinance opportunities, the textile sector had developed rapidly, where women in particular found wage work. Other reasons for the dynamism of Bangladeshi development are (1) the tripling of the amount of rice harvested per hectare through, for example, the introduction of new rice varieties that have shorter growth phases, (2) remittances from Bangladeshis working abroad, (3) a small state expansion for social help, for example in the form of cash payments or the distribution of food when needed, (4) the emergence of microfinance opportunities where groups and individuals without access to the traditional financial system have the opportunity to take out a loan. All of the points mentioned also have negative effects, but are frequently mentioned as aspects which, in their interaction, have contributed to the development mentioned. 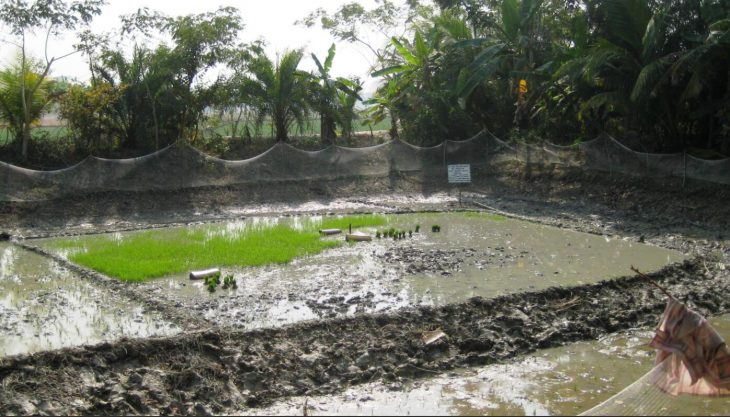 In its current seventh five-year plan, which is to run from 2016 to 2020, the economic planning of the government of Bangladesh includes some of the “Sustainable Development Goals” (abbr.: SDG). A general strategy for fighting poverty in 2005 was formulated beforehand, which was adopted by the then government and is intended to serve as a compass for achieving goals such as an end to corruption, basic supply of all households with electricity or overcoming poverty and inequality. 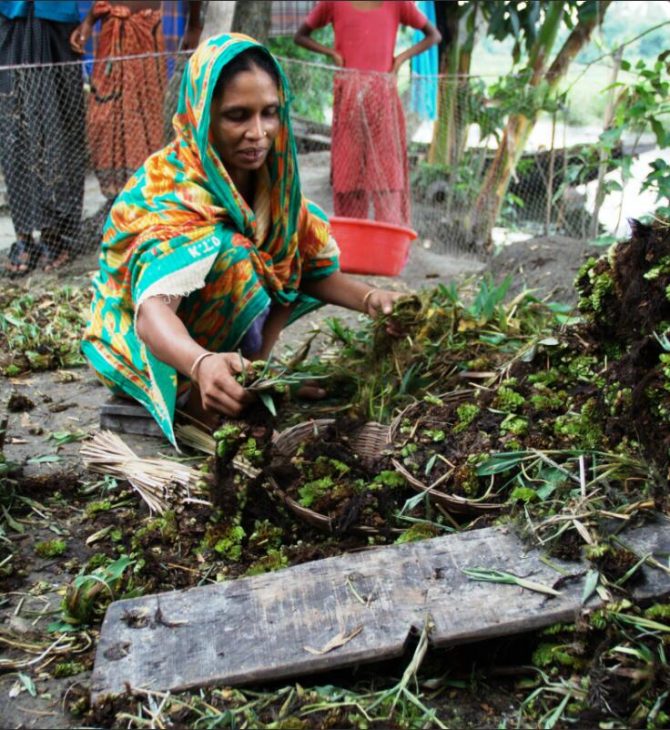 The farmer sorts and processes water hyacinths to create a floating bed.

Many international and multinational organizations are active in the field of development cooperation in Bangladesh, a country located in southern Asia according to programingplease. Their role and importance in promoting the country’s development has been recognized by the governments. In particular, the reconstruction phase after the establishment of Bangladesh was characterized by a strong dependency on cooperation with international development organizations. Due to the war of independence in 1971, large parts of the economy and social life lay fallow. For a long time, the scope of development cooperation has increased. However, the domestic economy has recently developed so well that the dependence on the funds of foreign organizations has decreased for the first time and the total amount of support received has decreased accordingly.Illustration of the Organization for Economic Co-Operation and Development (abbr.: OECD) provides information on the most recent composition of the international actors active in this field in Bangladesh. The largest of these bilateral and multilateral development partners are the Asian Development Bank, the Department for International Development (abbr.: DFID) in Great Britain, Germany, Japan and the World Bank. International governmental and non-governmental organizations also work with Bangladesh.

Relations between Bangladesh and the FRG were established directly in 1972 after Bangladesh became independent in December 1971. Since then, Germany has pledged a total of around 2.5 billion euros as part of bilateral development cooperation. The German participation in multinational cooperations has so far totaled an additional 2 billion euros and in November 2018 a further 285.3 million euros were announced by the German side. The German Federal Ministry for Economic Cooperation and Development (abbr.: BMZ) is responsible for this state cooperation. The large organizations for the implementation of the cooperation, the Society for International Cooperation (abbr.: GIZ) and the Kreditanstalt für Wiederaufbau (abbr.: KfW), but also the German Academic Exchange Service (abbr.: DAAD), the Friedrich-Ebert-Stiftung, the Goethe-Institut are represented on site in Bangladesh. Other organizations, some with representations in the South Asia region or directly in Bangladesh, are: Andheri Hilfe, Bengal Link e. V., Bread for the World, the Friedrich Naumann Foundation, the Rosa Luxemburg Foundation and Netz.