Students interested in obtaining admission to a law school in United States, must take the Law School Admission Test or the LSAT, as it is known by its acronym in English.

The score obtained by the candidate on the LSAT is a decisive factor in determining where he will study, or whether he will actually go to law school. This means that university admissions committees review this grade to determine whether candidates have the skills necessary to perform well over the course years.

Most law schools use a formula that matches the LSAT and GPA scores to determine the objective strength of each candidate’s applications. However, in this case the LSAT score has a higher weight, representing more than 50% of the final grade. Therefore, it is essential to obtain a Good LSAT score.

Each exam can typically have 100-103 multiple-choice questions, each worth one point. The raw LSAT score is between 0 and 103, an amount that is then converted to a final score that varies between 120 to 180. In other words, the final LSAT score ranges from 120 points – which is the lowest amount that can be obtained – to 180 points, which is the highest possible score.

Although having a good academic record is important, obtaining a good score on the LSAT is important, as schools usually create a numerical formula to admit students taking into account the LSAT.  The average score is 150, which puts students in the 50% of applicants. A score of 160 is acceptable, whereas for elite law schools, the score must exceed 171 points.  So, a good score on the LSAT is one that makes the applicant able to enter most of the schools of Right.

As mentioned above, the highest possible score for LSAT is 180. Many applicants who take the LSAT for the first time decide to repeat it to increase their score and thus be more competitive when applying to the school of their choice. An applicant can take the LSAT three times in a two-year period. However, those who have this idea should consider that according to official statistics from 2010 and 2011, 65.1% of the applicants, who originally obtained 145 points, saw an increase of 2.4 points, while 28.2% of those who repeated saw a decrease in their score. There are schools that take the highest score into account, while others average between the two scores.

To get highest possible score, the Law School Admissions Council recommends that applicants prepare for this exam. At a minimum, they must take a practice test, including writing an essay, under time constraints similar to those they will face on the test. This is for the purpose of estimating the time you have to answer each question, knowing the type of questions they will face and which ones represent greater difficulty, and therefore, greater need for practice.

It is also recommended that applicants familiarize themselves with the exam instructions. 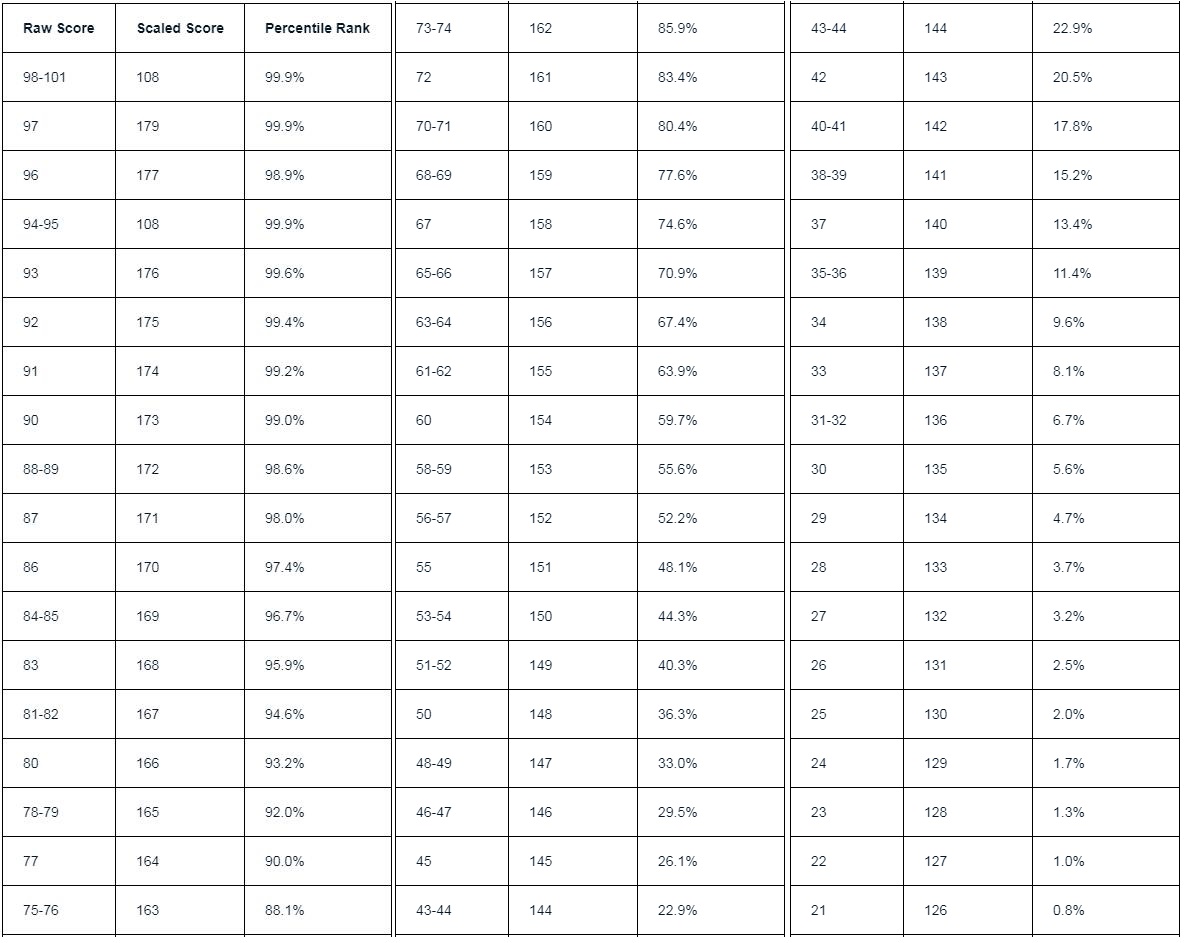 The LSAT exam is designed to measure whether the applicant projects an ability to excel in law school, not to test previously learned knowledge.

The LSAT test is divided into five sections: analytical reasoning, two logical reasoning sections, reading comprehension, and a writing section. The essay writing section does not carry a score but is forwarded to the law schools where the applicant requests. The other sections are 35 minutes each and contain 24 to 28 questions.

Because they are two sections of logical reasoning, they carry the greatest weight of the exam score, which is 50%. These sections attempt to test the applicant’s ability to critically analyze the arguments presented to him or her. The analytical reasoning section contains four logic games, which attempt to test the applicant’s ability to understand the structure of complex relationships. The section on reading comprehension is similar to that presented in other exams, seeking to know what the applicant understands based on what he reads.