The country’s wood wealth is enormous. About 52% of the country is covered with tropical rainforest, which is part of the Congo Basin. This means that the country has the second largest contiguous rainforest area after Brazil. Almost 6% of the world’s rainforest and around half of the African forest are located in the Democratic Republic of the Congo. Only about 8% is used as timber, mainly as firewood for private households.

International reports show that, despite international usage agreements with the Congolese government, there is further uncontrolled deforestation in the DR Congo. Under pressure from the World Bank, the government canceled particularly “predatory” concessions for foreign companies.

The responsible politicians and administrative employees lack the will to implement in order to operate a real forestry. The government wants to involve the local communities and civil society more closely in afforestation and forest management. Corruption and the poorly functioning state administration block this approach.

Illegal logging of high-quality tropical trees is becoming an increasing problem. In the east of the country in particular, armed gangs and paramilitary groups are organizing logging. The exports go via Rwanda and Uganda to Asia and Europe. Even German companies appear to be involved in unauthorized deforestation.

The economic potential of the rainforest is hardly used. At the same time, the forest is increasingly being destroyed and the tourism industry almost comes to a standstill. The violent conflicts and the non-existent infrastructure block the system here. Of the approximately 1.2 million square kilometers of rainforest, 600,000 square kilometers are still completely untouched. The granting of illegal logging licenses, the incompetent administration and control organs without any infrastructure enable the dangerously rapid deforestation of Africa’s green lungs.

All tropical crops were grown during the colonial period. Oil palms, Hevea cultures – Hevea Brasilliensis (rubber) – and a large number of different plantation crops are likely to increase in importance for agriculture and forestry in the coming years.

As part of German development cooperation, GIZ is funding the project: Regional support for the Central African Forest Commission (COMIFAC).

As part of the UN REDD program (Reducing Emissions from Deforestation and Forest Degration in Developing Countries), the FAO is funding a rainforest monitoring system in the DR Congo, a major country in African continent according to themotorcyclers. 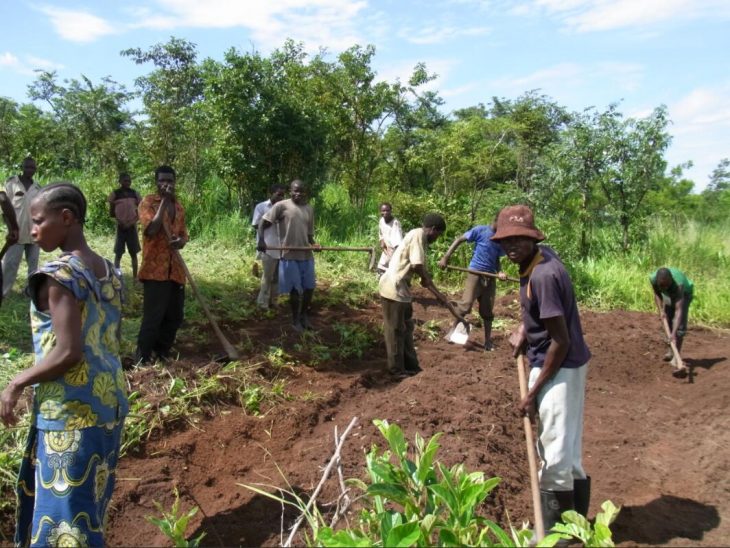 The majority of the Congolese live from subsistence agriculture

Two thirds of the population live from agriculture, which is estimated to contribute over 30% to the gross domestic product. Subsistence agriculture is decisive.

Large areas can be used for agriculture; but only around 5% are cultivated. It should be noted that in some regions, e.g. Kivu, Katanga and in the vicinity of large cities, all land is used and there is a scarcity of land, while the rainforest areas are hardly used for agriculture.

Goats, sheep, poultry and, depending on the region, cattle are traded on the local markets. The livestock population was clearly decimated by the warlike unrest, the same applies to the game population.

Agricultural production could be significantly higher if the marketing of the products were guaranteed. In many places there are good and sufficient yields, but the poor transport connections are blocking marketing. There are no roads and, above all, bridges. The transport costs are so high in many places that it is no longer worth marketing the harvest.

The government promotes commercial agriculture without creating the financial framework for it. There is no funding for the dominant small-scale agriculture.

The international donor organizations endeavor to promote agriculture. Since an agricultural advisory service no longer exists, there is no structure to support smallholders.

Legislative initiatives have little effect due to the existing balance of power. On the contrary, there is a greater risk that the commercial agricultural industry will claim land that has so far been cultivated by smallholders who do not have formal land titles.