As already mentioned at the beginning, Afghan society is consistently shaped by tradition; even before the war, modern structures were only rudimentary and only existed in the largest cities. Occupation, civil war and especially the Taliban regime have led to a re-traditionalization of Afghanistan, especially since most of the country’s “modern” elite were driven into exile or even tens of thousands were murdered. 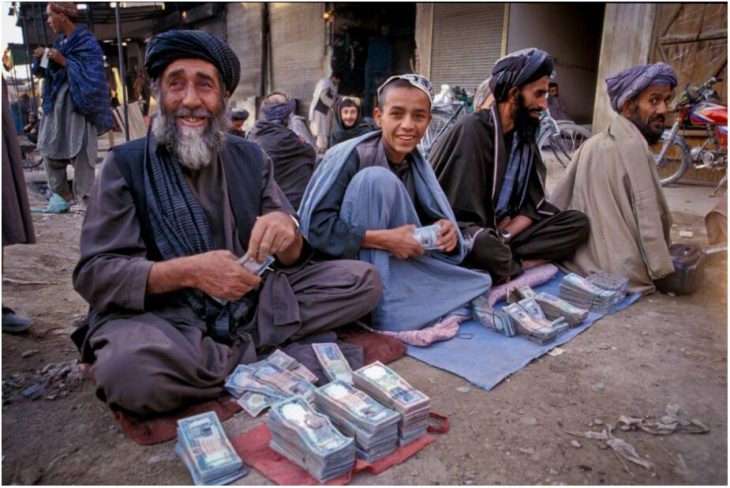 Money changer in an Afghanistan market

The traditional character of Afghan society is due, among other things, to a lack of state penetration. Outside of Kabul and the provincial capitals, state administration, be it in the form of education, in the recruiting of recruits for the army or in tax collection, is rarely seen and is often perceived as hostile.

More important for the social organization of the rural population (to which about 77% of all Afghans belong) are local dignitaries, spiritual leaders, in some parts of the country (such as the Uzbek-dominated northern provinces) also large landowners, village and clan elders (rish safed, spingiri, literally “white beards “).

However, there is no question of a tight hierarchical order at regional and local level, on the one hand the power of local dignitaries is comparatively limited, on the other hand the degree of institutionalization of such positions, especially among the Pashtuns, is quite low: a khan or spingiray owes his position to his fellow villagers or tribesmen as exemplary (e.g. according to Pashtunwali) character traits such as courage, generosity, wisdom or piety, which he has to prove anew every day in order to secure his allegiance, but not his Origin from a privileged family. Strictly speaking, therefore, one cannot speak of an Afghan aristocratic class, although of course it iskhanan, malikan (mayor) etc. accumulate in some families.

Under the conditions of the war, however, the focus of social power at the regional and local level shifted to the mujahideen commanders and party leaders (although the latter were mostly in exile in Pakistan or Iran). In addition to traditional Afghan virtues, military success and the Access to foreign military and financial support is important.

These changes continue to have an effect and in many places represent obstacles to the development of a civil-democratic society.

It is typical for traditional societies that political and economic decisions are made more person-oriented than objective-oriented due to the personal character of rule. Abstract thinking based on spatial and temporal overarching structures is rare; in an Islamic country like Afghanistan, this is partly due to religiously based fatalism.

In the older literature on Afghanistan, a country located in southern Asia according to aceinland, Afghan society is usually described as thoroughly authoritarian, conformist, and rigidly hierarchical, a world in which all impulses of individualism are rigorously suppressed. According to recent studies, this seems to be most likely to apply to traditional urban milieus; in rural regions and especially among the nomads, this authoritarianism is less pronounced; the Pashtuns in particular have a number of democratic and egalitarian elements in their tribal constitution, which also include the new Afghanistan could benefit.

Similar clichés must also be put into perspective for the role of women in Afghan society, which is much discussed in the West. The total isolation of women (purdah) behind high mud walls and in the notorious burkha, the full-body covering with a cloth grille for the eyes, was a phenomenon before the war that mainly occurred in conservative urban (“petty bourgeois”) milieus. It was unknown to the rural population and, given the living conditions there (field work by women), it was not at all practical. Of all the traditionally living women in Afghanistan, the Pashtun nomad women probably lived the most freely, due to the lack of permanent houses, purdah is among the kuchis, the nomads, unthinkable.

Only the war and the associated with it far-reaching uncertainty of living conditions have been mentioned by foreign fighters in terms of women doing the frequent kidnappings and rapes, led to an increased emphasis on the traditional Islamic concept of man as a protector of women (the purdah is not of Koranic origin, but goes back to Persian and Byzantine influences!). In addition, of course, at the time of the Taliban, there were also rigid ideas about the role of women in the various Mujahideen parties of the 80’s and early 90’s in an Islamic society that was spread mainly by volunteers who came to Afghanistan from Saudi Arabia and Pakistan.

The report accompanies various women in their everyday lives. Women who demand their rights, question their social role and want to change their country. 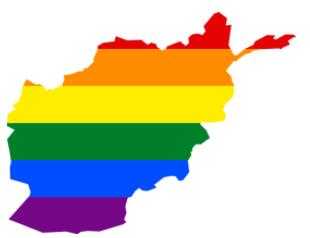 The Afghan Criminal Code does not contain any explicit provisions on criminalizing consensual same-sex sexual acts, but Article 427 (adultery, pederasty and defamation) and Article 398 (adultery, consensual sex between unmarried persons, homosexuality) of the Penal Code could be used for this purpose.

However, Article 130 of the Constitution allows recourse to Islamic law (Sharia) in the event that no other laws apply. Sharia law generally prohibits same-sex sexual relationships, just as it generally prohibits extramarital sexual acts. The Sharia provides the highest penalty for same-sex sexual behavior as the death penalty, which has not been used in this context since the end of the Taliban regime.

In society, homosexuality and transsexuality are taboo and outlawed. Homosexuality is often associated with sexual abuse, pedophilia, and prostitution. Members of the LGBTIQ community are accordingly stigmatized and face discrimination, harassment and assault, including violence, by society in general, and abuse and arrest by the police. In addition, they are denied access to health services or HIV prevention measures. Organizations working to protect and protect the rights of the LGBTIQ community can only operate underground as they cannot legally register. OutRight Action International, which campaigns for the rights of LGBTIQ people worldwide, could not find any LGBTIQ organizations in 30 of 194 countries examined, including Afghanistan.