After two postponements, on September 28, 2019 around 9.6 million registered voters were called on to elect a new president. The over 4,600 polling stations were open from 7:00 a.m. to 3:00 p.m. For security reasons and other reasons, however, a large number of polling stations had to remain closed.

There were no women among the original 18 candidates for the office of president. After three withdrawals (Mohammad Haneef Atmar, Zalmai Rassoul and Shaida Mohammad Abdali) there were finally 15 candidates on the final list. Strictly speaking, there were still 18 candidates on the ballot paper on the day of the election, as the withdrawn candidacies were not properly reported to the Independent Electoral Commission (IEC) and the ballot papers were already printed. The IEC announced that it would invalidate any votes cast for such candidates.

According to the presidential election schedule, preliminary results will be announced on October 19th and final results on November 7th. However, this presupposes that one of the candidates directly receives 51% of the votes cast. If this is not the case, there will be a second ballot, probably on November 23rd.

Ashraf Ghani and Abdullah Abdullah are considered to be the most promising candidates for the office of president, many are assuming a runoff between the two, as they did five years ago.

According to the IEC, only biometrically confirmed votes were counted in this election, but reports of malfunctions in the biometric voter verification increased.

The turnout this time was very low, of the approximately 9.6 million eligible voters only around 2.5 million cast their votes. In this election too, the Taliban threatened attacks to prevent the population from voting. Fortunately, there was no major attack on election day, but 29 people across the country were killed in smaller attacks.

Just three days after the election, the presidential candidate Rahmatullah Nabil proposed a second round of elections, as fraud would mean that even a clear winner of the first round would lack legitimacy. Meanwhile, Abdullah Abdullah declared himself the winner of the first round of elections, which earned him a reprimand from the Independent Electoral Complaints Commission (IECC).

On October 20, the Independent Electoral Commission announced that the original schedule could not be met and that the announcement of the preliminary results of the presidential election would be delayed, but without giving an exact date.

On December 22nd, almost three months after the election, the time had finally come: the preliminary result was announced, with Ashraf Ghani holding 50.64% and Abdullah Abdullah 39.52% of the vote. All other competitors for the office of president were far behind. If this election result is confirmed, a runoff would be superfluous and Ashraf Ghani’s second term in office, with a wafer-thin majority (less than 12,000 votes) after the first round of voting, would no longer stand in the way.

However, doubts were here attached. The other candidates rejected the result and asked the electoral commission to correct the “ fraudulent result”, in particular around 300,000 controversial votes. How this controversy would develop could not be foreseen.

Around mid-February 2020, more than four months after the election, only the preliminary result was published and the official final result was still pending. The Election Complaints Commission (ECC) had ordered a partial examination of more than 200,000 questionable votes and a recount of almost 600 polling stations in which there had been disagreements.

However, the official final result was announced on February 18, 2020, which corresponded to the preliminary result. The announcement of the results sparked a political crisis as Abdullah Abdullah did not recognize it. Both Ghani and Abdullah took the President’s oath of office in separate ceremonies in March 2020 and did not recognize the respective adversary.

As a result, the US announced that it would cut aid to Afghanistan by US $ 1 billion and threatened further cuts if Ghani and Abdullah fail to agree on the formation of a new government.

Ashraf Ghani is now the old and new President of Afghanistan, a country located in southern Asia according to ethnicityology. 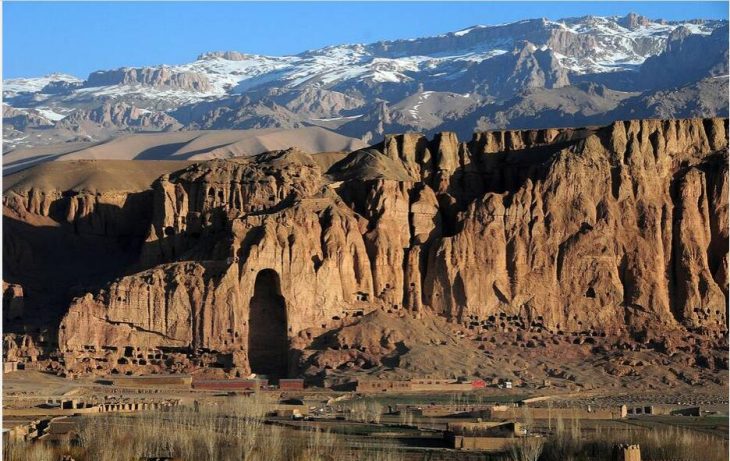 The third parliamentary elections since the fall of the Taliban regime in 2001 took place on October 20, 2018. Originally scheduled for 2015, the election has been postponed again and again due to security concerns and internal political disputes over measures for electoral reform.

More than 2500 candidates, including over 400 women, competed for the 250 seats in the lower house (Wolesi Jirga). In many places, the election was overshadowed by violence, with at least 28 people losing their lives on election day. Ten parliamentary candidates had already fallen victim to attacks in advance. The Taliban had repeatedly called for a boycott of the election, threatened with attacks and called on the candidates to withdraw their participation.

Despite all this, over four million of the approximately 8.8 million registered voters went to the ballot box. Massive organizational problems and irregularities delayed the electoral process and led to long queues of people waiting: In some polling stations there were no voting documents, election workers did not show up, other polling stations were immediately closed. The newly introduced biometric scanners, which were supposed to prevent voters from casting their votes multiple times, often did not work, were not used consistently or were missing entirely. In light of these shortcomings, the election was one day be extended, but the problems remained.

In Kandahar province, elections were not held until a week later, due to an attack on the police chief, and in Ghazni province the election was even postponed indefinitely.

After several delays, provisional election results for individual provinces were finally available. Provisional results for the capital Kabul were announced on January 14, 2019, after which female candidates were able to win almost a third of the parliamentary seats planned for Kabul. It remains to be seen whether the preliminary results will be accepted everywhere. In Herat, for example, there were protests during which a recounting of the votes cast was demanded.

Publication of the official final results of the parliamentary elections was announced, but depending on the province, some had to wait until April 2019.

The parliamentary election was actually intended as a test run for the presidential election, which was originally planned for April 20, 2019. But certainly at least chaotic electoral process has helped to revise the appointment and on July 20th move. In the meantime, the independent electoral commission announced that the presidential election will be postponed again and will now take place on September 28th, but this time without the incorrect use of biometric scanners. Incidentally, the new date is also set for the parliamentary elections in the province of Ghazni, which have to be made up.