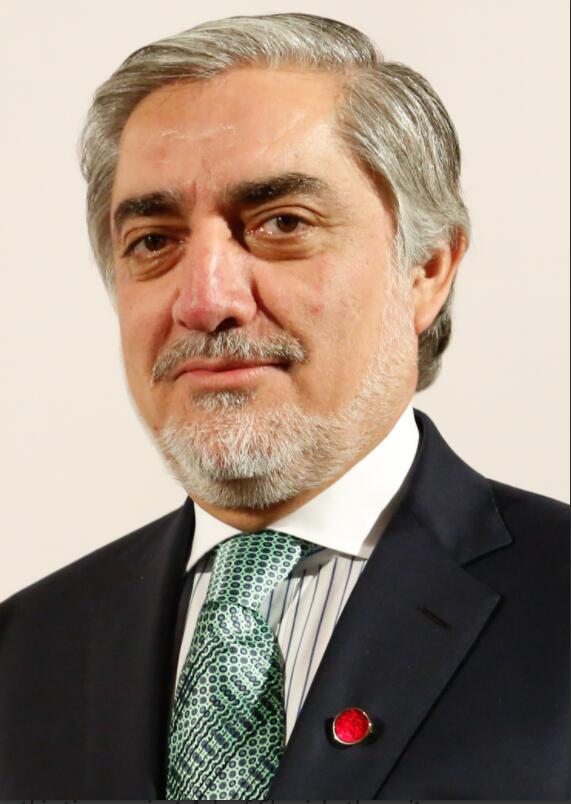 Chair of the High Council for National Reconciliation (HCNR) 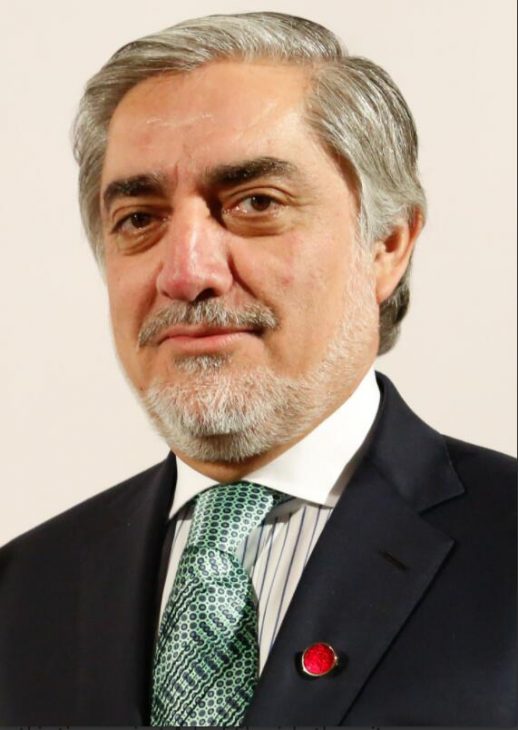 Abdullah Abdullah, the son of a Pashtun and a Tajikin, was born in Kabul in 1960. He studied medicine at the University of Kabul, received his doctorate there in 1983 and then worked as a doctor in Kabul. In 1984 he left Afghanistan due to the Soviet intervention and went to Peshawar to a hospital for Afghan refugees. During this time he joined the Afghan resistance against the Soviet occupation, went back to the Panjshir Valley and worked as a doctor and health advisor. In this context he also met Ahmad Shah Massoud, whose close confidante he became. In the 1990’s, Abdullah was a member of the government under President Burhanuddin Rabbaniand eventually became foreign minister of this internationally recognized government of Afghanistan. He held this post under the Hamid Karzai government until he stepped down from office in 2006. In the 2009 presidential election, Abdullah ran as a promising opponent for Hamid Karzai. The election was overshadowed by massive electoral fraud so that Abdullah his candidacy before the decisive runoff election withdrew, because from his point of view a fair and free election was no longer possible, and Karzai was declared the election winner. In 2014 he ran again as a presidential candidate, this time against Ashraf Ghani. In the unity government resulting from the election, he held the office of Chief Executive Officer (CEO), roughly comparable to that of a Prime Minister, until May 2020. On the basis of the power-sharing agreement in the new government, Abdullah Abdullah has chaired the High Council for National Reconciliation (HCNR) since May 17, 2020, which has the power to regulate and approve all matters relating to the Afghan peace process.

The geographical location of Afghanistan at the interface between Central and South Asia and the Middle and Far East is of great geostrategic importance. In addition, the country is rich in natural resources, even though these have not yet been adequately developed. In this context, Afghanistan sees itself as a regional hub for transit trade and sees regional and supra-regional cooperation as an essential part of its foreign policy.

Until the invasion of the Soviet Union, Afghanistan pursued a policy of neutrality or aligned itself with the non-aligned movement. During the occupation, the political orientation was increasingly determined by Moscow.

Afghanistan’s international and regional relations came to an almost complete standstill during the Taliban regime. The ” Islamic Emirate of Afghanistan ” proclaimed by the Taliban was not recognized internationally and drove Afghanistan into political isolation. Only Pakistan, Saudi Arabia and the United Arab Emirates had diplomatic relations with the Taliban government.

After the fall of the Taliban regime, Afghanistan’s foreign relations were revived. The Kabul Declaration on Good-Neighborly Relations can be seen as a cornerstone of Afghanistan’s foreign policy in the region) signed by Afghanistan, Iran, Turkmenistan, Uzbekistan, Tajikistan, China and Pakistan in 2002. This declaration states, among other things, the territorial integrity of all states in the region and non-interference in domestic affairs. The readiness for constructive bilateral relations is also confirmed.

Political rapprochement, economic integration and regional cooperation are essential prerequisites for stability and security in the region. Against this background, and especially with a view to Afghanistan, the Heart of Asia – Istanbul Process was established, established at the Afghanistan Regional Conference 2011. This is a consultation process that aims to consolidate regional cooperation on issues of security, economy and development in the long term. For this purpose, concrete confidence-building measures have been agreed in the areas of counter-terrorism, disaster management, drug control, infrastructure, economy and education.

The Istanbul Process comprises 15 states, including all of Afghanistan’s neighbors as well as countries from the wider region such as India, Russia and Saudi Arabia. In addition, 17 supporter countries, including the USA, Great Britain, Japan, Norway, Canada and Germany, are involved in the process.

In line with its basic foreign policy orientation, Afghanistan is a member of the South Asian Association for Regional Cooperation (SAARC) and the Conference on Interaction and Confidence Building Measures in Asia (CICA). In addition, Afghanistan has had observer status with the Shanghai Cooperation Organization (SCO), the world’s largest regional organization. Afghanistan has also had observer status since 2013 with the Collective Security Treaty Organization (CSTO), an international military alliance led by Russia, which aims to guarantee the security and territorial integrity of its member states through close foreign policy cooperation on military issues.

On February 29, 2020, the US and the Taliban signed an agreement to bring peace to Afghanistan, a country located in southern Asia according to computerdo. In this, the US promises to withdraw its troops from Afghanistan within 14 months and the other NATO troops are to leave the country as well. For their part, the Taliban have promised not to give any refuge to terrorist groups such as Al-Qai’da and to continue fighting the so-called ISIS. The Taliban, meanwhile, are in a stronger negotiating position, as the Trump administration wanted troops to be withdrawn from Afghanistan under all circumstances, especially with a view to the US presidential election campaign.

The inner-Afghan peace talks began in Doha on September 12th, but it is more than questionable whether a solution to the Afghan conflict can be found in the negotiations. There has been little progress and the spiral of violence continues to escalate.

Bilateral security agreement signed with the US

On September 30, 2014, the new President’s security advisor Ashraf Ghani signed the bilateral security agreement with the USA that had been outstanding for months. Immediately afterwards, the resulting deployment agreement with NATO was ratified. This provided planning and legal security for the further international military presence in Afghanistan after 2014 and the way was clear for the follow-up mission to the ISAF mission “Resolute Support”.