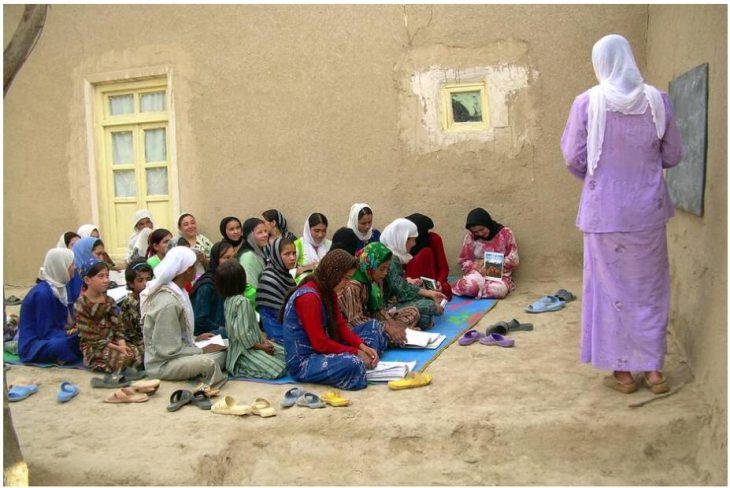 The original educational system in Afghanistan is based on religious schools. The first school based on the modern model was founded in Kabul in 1912, and the first girls’ school followed in 1933.

Schooling has been compulsory for 7 to 12 year olds since 1975, school attendance is free up to upper secondary level, but parents have to pay for the teaching materials, which is too high a financial burden for many families. As a result, poor families cannot or not all of their children send to school and girls are disadvantaged in case of doubt.

Decades of war and civil war have nearly collapsed the Afghan education system. Around 70-80% of the existing school buildings were destroyed and an estimated 80% of the teaching staff fled abroad or worked in another profession. Under the Taliban, female teachers were not allowed and girls were generally not allowed to attend school.

Since 2002, numerous school buildings have been repaired and new schools have been reopened through extensive reconstruction measures, and the number of teachers is around 183,000, around 35% of whom are women. However, only around 43% of all teachers have the minimum qualification to teach. On average, there are around 45 students for every teacher.

The number of schoolchildren has also risen steadily since then, so that now over 8.8 million children, including around 3.5 million girls, attend general schools. Regardless of this, around 40% of all school-age children, around 50% of them girls, do not attend school or do not attend school regularly, which is also due to the precarious security situation. Access to education, which varies considerably in the individual provinces, remains blocked for many women and girls due to cultural factors.

A key barrier to school attendance also provides the child labor is. An estimated 21 to 30% of all children aged 5 to 14 years old are of child labor affected and need to partially or exclusively to the livelihood of their families contribute. We are therefore talking about around 2 million children.

The proportion of illiterate people (15 years and older) in Afghanistan is still over 60% and to date 70% of men and over 90% of women over 25 have no school-leaving qualifications.

There are currently 157 vocational schools in the state with around 13,500 vocational students. The focus of the training is on professions such as mechanic, hairdresser, tailor, carpenter, plumber and metalworking as well as office professions. The number of students at vocational schools has thus remained relatively constant compared to the previous year.

In Afghanistan, a country located in southern Asia according to areacodesexplorer, a study place at state universities is generally free of charge and also includes accommodation in a dormitory and meals. The number of applicants for study places is correspondingly large, so that universities that are already busy are reaching their capacity limits and applicants have to reject them.

The demographic development in Afghanistan poses major challenges for the education system. The average age of the population is around 18 years, more than 40% are under 15 years old and many young people aim to study.

The development in the education sector since 2002 has definitely been successful, structural and personnel measures are having an effect.

However, to contain them sustainably, the chosen path must be pursued further. It is important to ensure that there are sufficient school facilities with adequate equipment, including with regard to learning materials. The need for teachers is great, so the number of qualified teachers, including at universities, must be expanded through training and further education measures. The number of available study places must also be increased significantly in order to be able to keep up with the sharp rise in demand. Last but not least, it is important to enable equal access to education nationwide, as there are still considerable regional differences in the education of girls and boys.

The international donor countries are concentrating their efforts accordingly, among other things, on the education sector, and so basic and vocational training and teacher training are also a focus of German-Afghan development cooperation. 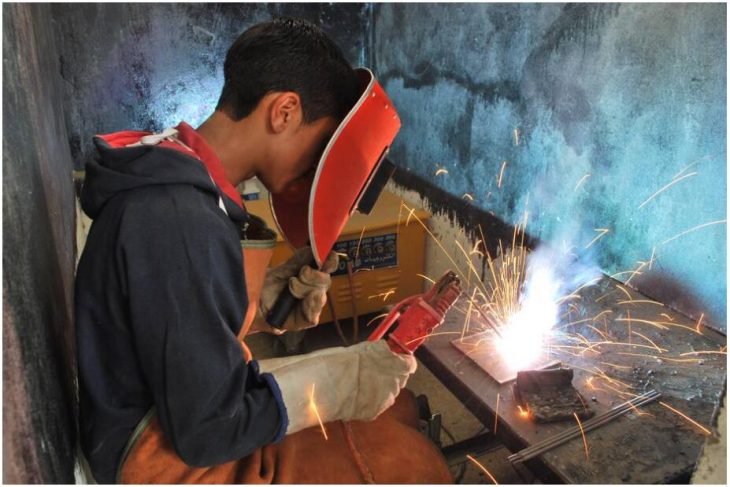