Your search found 84 testing locations. Most of these Massachusetts test centers are located inside high schools, community colleges or universities, among which you can pick one to take the ACT exam. Please know that on the test day, test takers can use any 4-function, scientific, or graphing calculator. The following is a full list of test centers for ACT exam in Massachusetts by city. 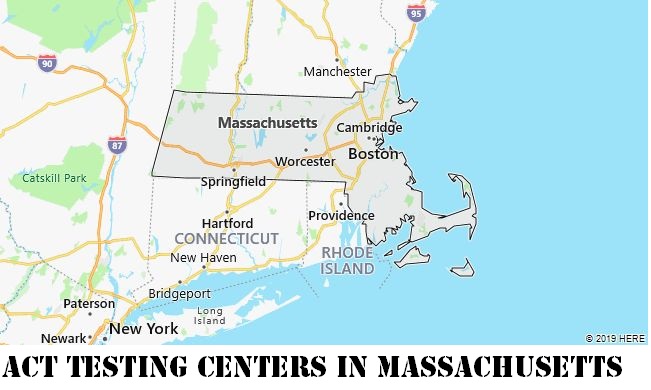 Not sure on which dates you can take the ACT exam in 2019 and 2020? The following chart offers up-to-date information on recent ACT exam dates and registration deadlines for the 2019-2020 school year in Massachusetts. 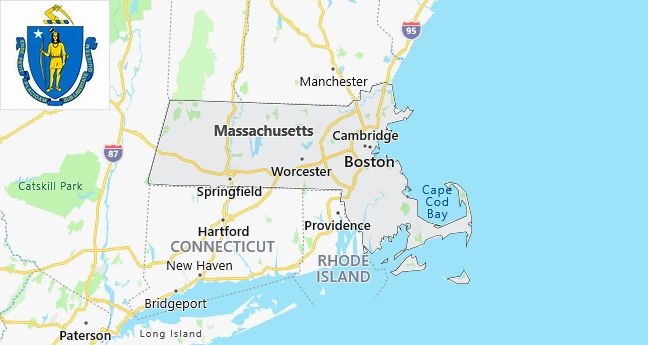 Before the appearance of Europeans on the Atlantic coast of New England, Native Americans, Massachusetts Indians, Wampanoags, Pennacooks and others lived on the territory of the modern state of Massachusetts.

The first of the Europeans here was in 1602 the English navigator Bartholomew Gosnold. He, during his voyage along the Atlantic coast, rounded the peninsula, which he named Cape Cod. In honor of his daughter, Martha, he named the island Martha’s Vineyard (“Martha’s Vineyards”).

In 1605, the French traveler Samuel de Champlain landed in the harbor of modern Plymouth, calling it Port Louis, and on Nantucket Island.

In 1614, Captain John Smith explored the coast of Cape Cod, it was he who gave the name “New Plymouth” to this region.

Unfortunately, after the arrival of European settlers, most of the Indians, who did not have immunity to “European” diseases, were exterminated by smallpox epidemics, up to 95% of the indigenous population died.

November 11 is a special day in the history of the United States and the state of Massachusetts. It was November 11, 1620, after a difficult voyage across the Atlantic, to the shore of the Cape Cod Peninsula, in the harbor of the modern city of Provincetown, Massachusetts, the Mayflower ship moored.

On the Mayflower, the “Pilgrim Fathers”, Puritan settlers who fled from England from religious persecution, arrived in America. A little later, after exploration of the coast, a new settlement was founded – New Plymouth (modern city of Plymouth, Massachusetts). The Plymouth Colony gradually grew up around the new settlement. John Carver became the first governor of the colony.

Interestingly, the colonists ended up in Plymouth due to an error in plotting the course, since the landing was originally planned in Virginia , in the area of then Jamestown that already existed.

The first year for the settlers was very difficult. They were greatly assisted by the local Indians, with whom the colonists developed good neighborly relations. The Indians taught the settlers how to catch eels, grow corn, and helped the young colony with food during the first winter, when supplies brought from England were insufficient.

After the harvest of the first harvest, in the autumn of 1621, the colonists of the Plymouth colony arranged a feast, inviting their Indian friends to it. This event has entered the history of the United States and Massachusetts as Thanksgiving Day.

Interestingly, in written testimonies of the first Thanksgiving Day, it is mentioned that in addition to venison, fish, shellfish, berries, fruits, pumpkins and other products, “many wild turkeys” were prepared for the festive table. Apparently, this is where the American tradition of cooking Thanksgiving turkey comes from.

Thanksgiving Day is one of the national holidays in the USA today, it is celebrated on the fourth Thursday of November.

September 17, 1630 was founded the city of Boston, the future “capital of New England “. The Massachusetts Bay Colony grew rapidly around Boston, most of the newcomers were Puritans, religious refugees from England.

Then, in 1630, the Massachusetts General Court, the legislative assembly of the new colony, was established. His residence was the house on Beacon Hill in Boston, where today, of course, in a different building, the government of Massachusetts is located.

In the 40s and 50s of the 17th century, Christianity spread widely among the indigenous population of New England, the American Indians. In 1646, the Massachusetts General Court passed the “Indian Act for the Propagation of the Gospel.” In 1649, the Parliament of England allocates a large amount of money for missionary purposes in America.