Your search found 10 testing locations. Most of these Delaware test centers are located inside high schools, community colleges or universities, among which you can pick one to take the ACT exam. Please know that on the test day, test takers can use any 4-function, scientific, or graphing calculator. The following is a full list of test centers for ACT exam in Delaware by city. 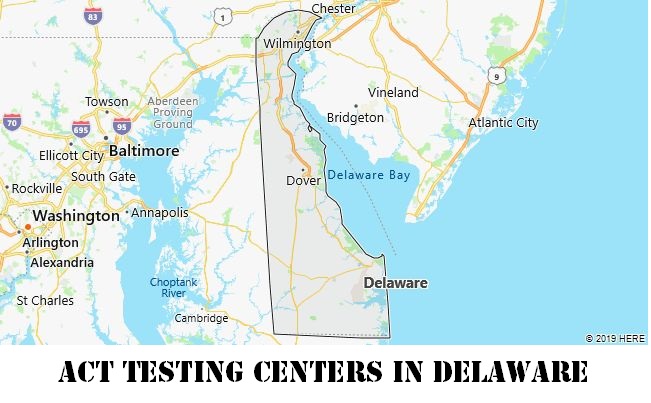 Not sure on which dates you can take the ACT exam in 2019 and 2020? The following chart offers up-to-date information on recent ACT exam dates and registration deadlines for the 2019-2020 school year in Delaware . 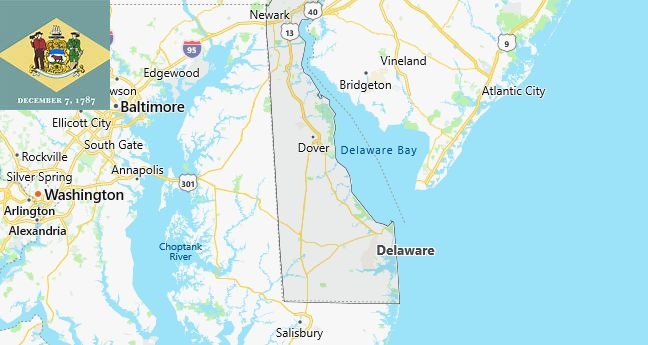 May in the U.S. History

1931 The Empire State Building is completed in New York City.

1941 Premiere of Orson Welles’ “Citizen Kane”, which is considered the best in the history of US cinema.

1946 “Battle of Alcatraz” riot and prisoner escape attempt on an island prison near San Francisco, California.

2011 As a result of a special operation, Osama bin Laden, suspected of organizing the September 11, 2001 attacks and heading the list of “most wanted” terrorists of the FBI, was killed.

1921 West Virginia became the first US state to introduce a sales tax.

1937 Margaret Mitchell won the Pulitzer Prize for Gone with the Wind.

1952 The Kentucky Derby was first shown on national television.

1957 Walter O’Malley, owner of the Brooklyn Dodgers baseball team, announced his intention to move the team from New York to Los Angeles.

1973 In Chicago, Illinois, the construction of the Sears Tower skyscraper (since 2009 – Willis Tower), which was the tallest building in the world for a quarter of a century, was completed.

1780 The American Academy of Arts and Sciences, one of the oldest scientific organizations in the United States, was founded in Boston, Massachusetts .

1953 Ernest Hemingway won the Pulitzer Prize for The Old Man and the Sea.

1959 The first Grammy Music Awards were held in Los Angeles and New York.

1920 Anarchists Sacco and Vanzetti were arrested in Boston, Massachusetts .

the 6th of May

1935 US President Franklin Roosevelt signed an executive order creating the “Public Works Administration” – a division of the US government involved in the employment of millions of Americans under the “New Deal”.

1940 John Steinbeck received the Pulitzer Prize for The Grapes of Wrath.

2004 The final episode of Friends aired.

1763 Pontiac’s rebellion begins with the siege of Fort Detroit.

1800 US President John Adams signed into law the Indiana Territory.

1847 The American Medical Association, the largest medical association in the United States, was founded in Philadelphia, Pennsylvania .

1792 British Captain George Vancouver first saw and named Mount Rainier, the highest mountain in the state of Washington and one of the most famous volcanoes in the continental United States.

1846 Battle of Palo Alto in Texas is the first major battle of the Mexican–American War.

1861 During the Civil War, the city of Richmond, Virginia, was named the capital of the Confederacy.

1929 The Soviet government entered into a contract with the architectural company of the American Albert Kahn from Detroit, Michigan, according to which Kahn and his employees designed more than five hundred plants and factories (including the first tractor / tank factories) during the industrialization of the USSR.

1973 In South Dakota, the confrontation between Indian activists and representatives of the US federal government, known as the Wounded Knee Incident, ended.

1914 US President Woodrow Wilson declared the second Sunday in May Mother’s Day.

1960 The Food and Drug Administration (a division of the US government) authorized the sale of the world’s first oral contraceptives.

1974 The Judiciary Committee of the House of Representatives of the US Congress began hearings on the impeachment of US President Richard Nixon.

1858 In Ontario, Canada, the famous American anti-slavery fighter John Brown and his supporters held a convention at which they adopted their version of the US Constitution, in which slavery was outlawed.

1869 A grand ceremony was held in Utah to mark the completion of the first transcontinental railroad.

1872 In New York, for the first time in the history of the country, a woman, a native of Ohio, Victoria Woodhull, was nominated for the presidency of the United States.

1877 The first telephone was installed in the White House in Washington .