Your search found 58 testing locations. Most of these Connecticut test centers are located inside high schools, community colleges or universities, among which you can pick one to take the ACT exam. Please know that on the test day, test takers can use any 4-function, scientific, or graphing calculator. The following is a full list of test centers for ACT exam in Connecticut by city. 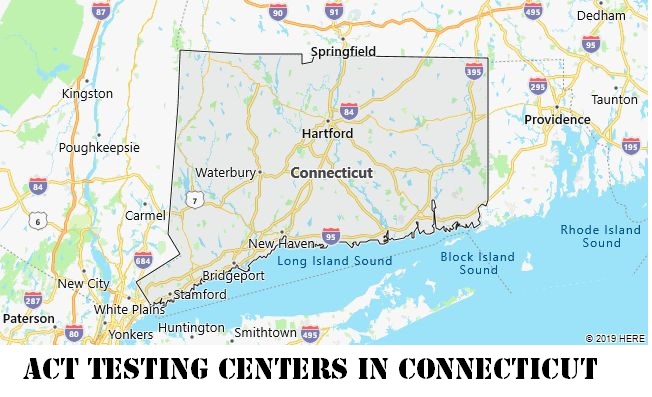 Not sure on which dates you can take the ACT exam in 2019 and 2020? The following chart offers up-to-date information on recent ACT exam dates and registration deadlines for the 2019-2020 school year in Connecticut. 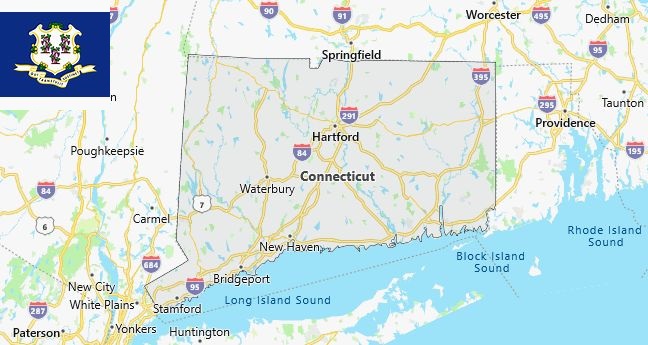 The Connecticut River valley is crossed by the Metacomet rocky ridge, the maximum height of which within the state reaches 312 meters above sea level (West Peak). The Metacomet Rocks, like the Taconic Mountains, are popular hiking trails.

Further east, Connecticut is characterized by rolling plains, both occupied by forests and wetlands, and used for agriculture. In the south, along the coast of Long Island Bay, sandy beaches stretch.

The state of Connecticut is characterized by a humid continental climate, which is greatly influenced by the Atlantic Ocean. Summers are quite warm and humid, while winters are cool with heavy snowfalls.

The average temperature of the coldest month, January, in Bridgeport, Connecticut’s largest city, located on the southwest coast, varies from -5°C to 3°C, and July – from 19°C to 25°C. In the capital of Connecticut, the city of Hartford, located in the central part of the state, in January, the temperature ranges from -8°C to 1°C, and in July – from 17°C to 29°C.

Like other states on the Atlantic coast of the United States, Connecticut periodically suffers from the impact of tropical storms and hurricanes.