Your search found 5 matches. The following is the full list of ACT testing locations in Russia among which you can pick one to take the exam. Please know that on the test day, test takers can use any 4-function, scientific, or graphing calculator. On the table below, you can also find all test dates through 2019. 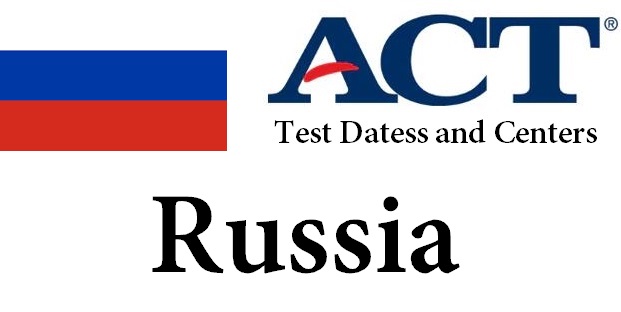 The Russian Federation is a presidential republic in Eastern Europe and Northern Asia. The capital is the metropolis of Moscow. With an area of ​​17.1 million km², Russia is almost twice the size of the USA and by far the largest country in the world. Three quarters of the country are made up of plains. The west is taken over by the Eastern European table country. East of the Urals is the large landscape of Siberia, which extends to the Pacific coast. The high mountain ridges of the Caucasus, Altai and Sajan rise up on the southern border of the country. Most of the country has a continental climate, which in Siberia shows extreme differences between the short warm summers and long cold winters.

The population is very unevenly distributed. Around three quarters of the people live in the European part of the country, which makes up less than a quarter of the total area. Russia is a multi-ethnic state. In addition to the Russians, who make up a good 80% of the total population, Tartars, Ukrainians, Bashkirs, Chuvashes and Chechens live in the country. The largest religious community is the Russian Orthodox Church. Islam is strongly represented in the southern parts of the country. Around a fifth of the population has no religious affiliation.

Under the tsars Peter I and Catherine II, the Russian Empire developed into a major European power in the 18th century. In the October Revolution of 1917, the communist Bolsheviks seized power. From 1922 to 1991 Russia was the leading republic within the Soviet Union. With the 1993 constitution, Russia became a federal republic with a strong presidential position. W. Putin (President 2000-08, since 2012) severely restricted the democratic rights of the opposition.

The economy is based on the enormous wealth of natural resources such as oil, natural gas, coal, gold and diamonds. Around half of GDP is generated in large state-owned companies. The nuclear power Russia has high military spending. Russia is one of the five permanent members of the UN Security Council.

The “Federation of Independent Trade Unions of Russia” (FNPR) was founded in 1990 as the successor organization to the “Central Council of Soviet Trade Unions”. 42 industry unions and 80 regional employee representatives are organized in the umbrella organization. It represents around 21 million members. There are also a number of smaller local associations. Overall, the social significance of the trade unions is rather low. In addition, the competition between traditional and “alternative” organizations weakens their influence. Check baglib to see Huge Russia Fascinates Tourists.