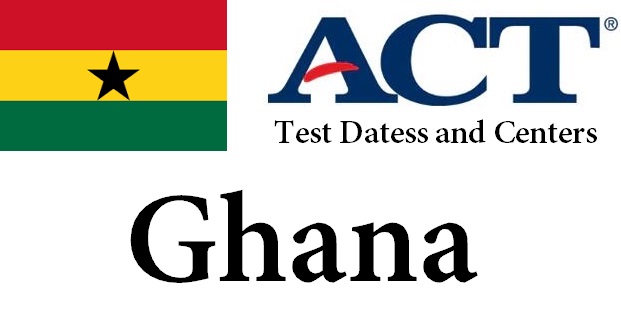 The school system is based on the British system. There is general compulsory schooling from 6 to 15 years of age. The six-year primary level is followed by the secondary level with a three-year junior level and a four-year senior level. In addition to the state school system, there are private schools that have emerged from earlier mission schools. Further education takes place at polytechnic and vocational schools as well as universities. Ghana has 6 state universities, including the University of Ghana near Accra (university status since 1961) and the University of Science and Technology in Kumasi (University status since 1961) and the University of Cape Coast (founded 1962) as well as several private tertiary educational institutions such as Valley View University (founded 1995) and Methodist University College Ghana (founded 2000). Check healthinclude to see Ghana As a Tourism Country.

The media landscape is considered to be one of the freest and most diverse in all of Africa. Freedom of the press is guaranteed in the constitution.

Press: The daily newspapers with the highest circulation are the government’s own “Daily Graphic” (founded in 1950), one of the most prominent journalists in West Africa, and “The Ghanaian Times” as well as the independent “Daily Guide” and “Ghanaian Chronicle”.

Broadcasting: The state »GBC Radio« broadcasts two national and ten regional radio programs. There are also around 50 other radio stations. The state-run Ghana Television (GTV, founded in 1965) competes with several private broadcasters; “TV 3 Ghana” and “Metro TV” are the most popular.

The constitution guarantees freedom of religion. All religious communities are legally equal. Around 71.2% of the population are Christians, denominational in a large number of churches and denominations: a high proportion of followers of independent churches (28.3%, charismatic and Pentecostal churches), Protestants (18.4%, Presbyterians, Adventists, Methodists among others), Catholics (13.1%, four archdioceses with 15 suffragan dioceses, one Apostolic Vicariate) and other Christian denominations (11.4%, especially Anglicans). Around 17.6% are Sunni Muslims (the oldest mosque in the country near Damongo, built in 1421). Around 5.2% of the population are attributed to indigenous African religions, often – especially in the numerous independent churches – an overlap of traditional religious practice with membership in a universalistic religious community can be observed. About 5.3% do not follow any religion.

Tourism is becoming increasingly important for the country’s economic development. More than 1 million foreign visitors come to Ghana every year. In addition to the coastal zone with beaches and numerous water sports, there are a number of historical sights, such as B. Fortresses from which slaves were once shipped, as well as castles and fortresses of the colonial era ( Elmina, Cape Coast Castle), several of which were declared World Heritage Sites by UNESCO.

The development of the infrastructure is considered to be of strategic developmental importance. The transport network is relatively dense, but some of the facilities and equipment are in poor condition. The approximately 950 km long railway network is limited to the southern part of the country. It connects the three most important cities of Accra, Kumasi and Sekondi-Takoradi and is also important for freight transport. Over the next 35 years, the rail network is to be expanded by 800 km and the existing network is to be modernized to 400 km. The road network has so far been expanded to over 100,000 km, but only the most important long-distance connections are paved. The coastal road connects Accra with Lomé (Togo) and Abidjan (Republic of Ivory Coast). The two north-south axes connect Accra and Cape Coast with Kumasi and the northern centers Wa, Tamale, Bolgatanga. There is inland shipping mainly on the Volta Lake. Deep water ports are Sekondi-Takoradi (export of cocoa, wood, mining products, etc.) and Tema (port of entry). The international airport is Kotoka near Accra, larger domestic airports in Kumasi, Sekondi-Takoradi and Tamale.

The main locations of the manufacturing industry are Accra, the port cities Tema (in addition to the aluminum smelter and oil refinery) and Sekondi-Takoradi as well as Kumasi in the interior. The focus is on the textile and food industry as well as on aluminum smelting and cement production.